Ajax and the Cup from Bossu

Many inhabitants of Hoorn are fans of AFC Ajax. Due to the recent successes of Ajax in the Champions league, the cafes around the ‘Rode Steen’ do good business. After all, it is more fun to watch together than at home alone. It is often forgotten that the first European Cup I is not in Amsterdam (and not in Rotterdam or Madrid). The first one is in Hoorn! (*picture above this message: ANP).

The cup of Bossu

A cup as a trophy for winners of sports events has its origins in the past. It is suspected that this was inspired by trophies that were stolen by the victors in battles. To be able to proudly show them to their own people in their homeland. In this context, Hoorn owns the first real European cup: the cup of Bossu!

After an attempt at boarding by the ‘Watergeuzen’, Jan Haring, a fearless sailor, climbed onto the flagpole of the Spanish flagship on October 12th. Haring cut off the admiral’s flag under the enormous cheers of his fellow Dutchmen, but when he climbed down again he was shot and fell into the sea. Because of the action of Jan Haring the other Spanish ships thought that the battle was lost. Bossu had no choice but to give in. Let’s hope that Frenkie de Jong will be as fearless as Jan Haring, but without nasty injuries!

The Bossu Cup can be admired in the Westfries Museum. Would you like to know more about this history? I would like to take you on a guided tour of Hoorn. On our walk we will definitely walk through the Jan Haringsteeg. I’ll show you the harbours and take you to the Museum to take a look at the original cup of Bossu. 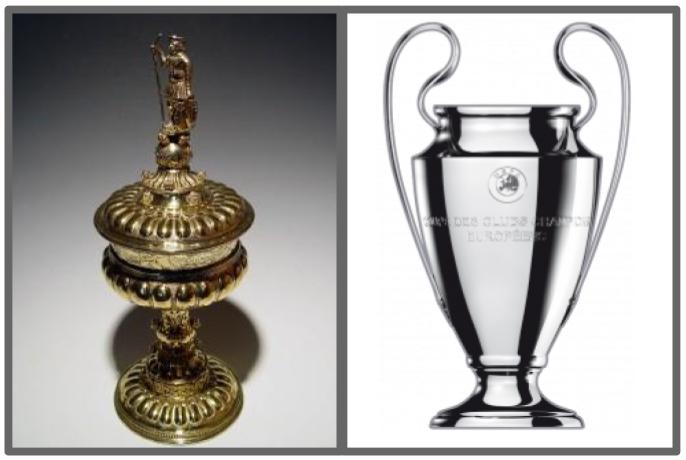