A piece of Hoorn in Japan

The ‘Port Hoorn’ opened in Nagasaki (Japan) in April 2016. This is a small and free accessible theme park in which replicas of various famous buildings from Hoorn have been realised. Residents from the ‘real’ Hoorn will get quite confused. You’ll find the Statencollege right next to the iconic Main Tower (weird). In the reconstructed monuments in the Japanese ‘Port Hoorn’ restaurants, shops and museums are located, and that is very similar to the situation in Hoorn. 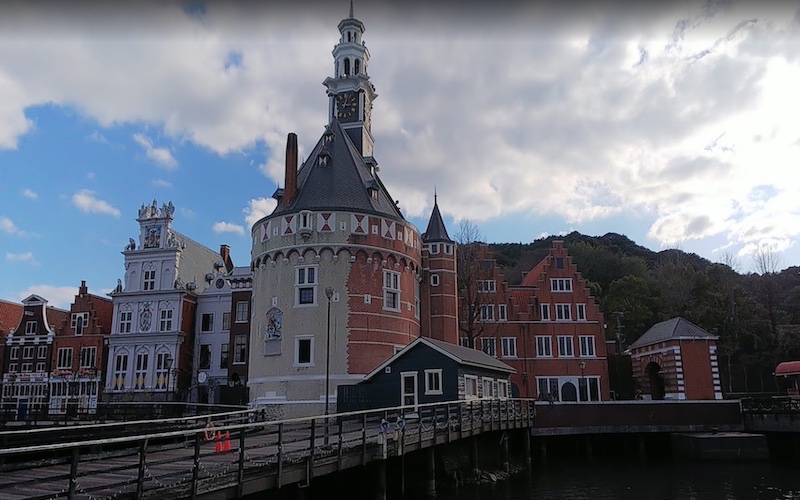 If you want to get acquainted with the original buildings in the real Hoorn, join me for a city walk. For more information about a guided tour or walk through Hoorn, click here!

The Dutch theme park – Huis Ten Bosch – is also located in Nagasaki. This theme park was built between 1983 and 1992 with replicas of a large number of old Dutch buildings from various cities. You will find Huis ten Bosch, the cathedral tower from Utrecht, the water gate from Sneek, the town hall from Gouda and also one building from Hoorn: the state house. 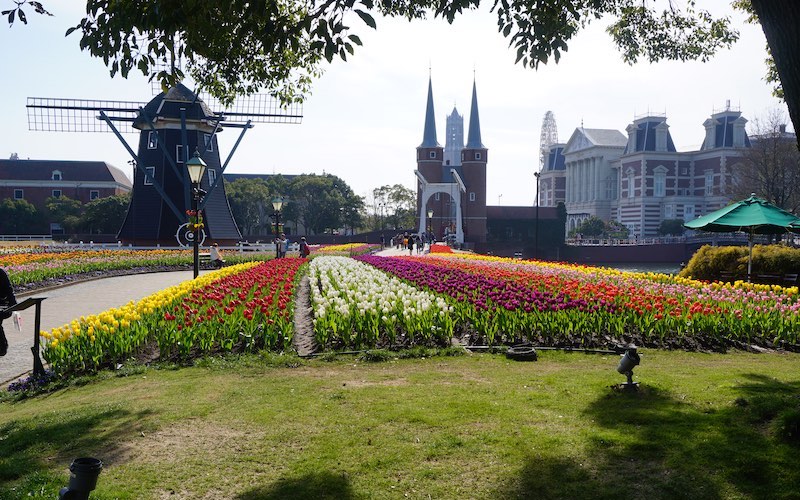 The historical relationship between Hoorn and Japan

The Japanese-Dutch relations date back more than 4 centuries to 1609, when the first formal trade relations were established. In 1609 the Hirado Dutch Trading House was founded in the prosperous castle town of Hirado. Although the Hirado Port is no longer in operation, the old 2 meter high and 30 meter long Dutch Walls are still present.

In 1637 the Japanese Christians, helped by the Portuguese, started the Shimabara revolt against the Tokugawa Shogunate. The opportunistic Dutchmen gladly extended a helping hand to the Japanese rulers and managed to expel their trade competitor Portugal as well.

After the Christian rebels had been driven out of Japan, the country entered a period of self-imposed national isolation for more than two centuries (from 1639 to 1850). The only country that was allowed and able to trade with Japan was the Netherlands.

The relationship with Hoorn has its origins in the early days of exclusive trade. Hoorn was an important location for the VOC and the VOC had the exclusive right within the Netherlands to trade with the East. Several VOC leaders from the early days of trading with Japan had a relationship with Hoorn. These included Maximilliaen Le Maire, the son of Isaac Le Maire and Pieter Anthoniesz. Overwater was the head of the Japanese trading post of Dejima. 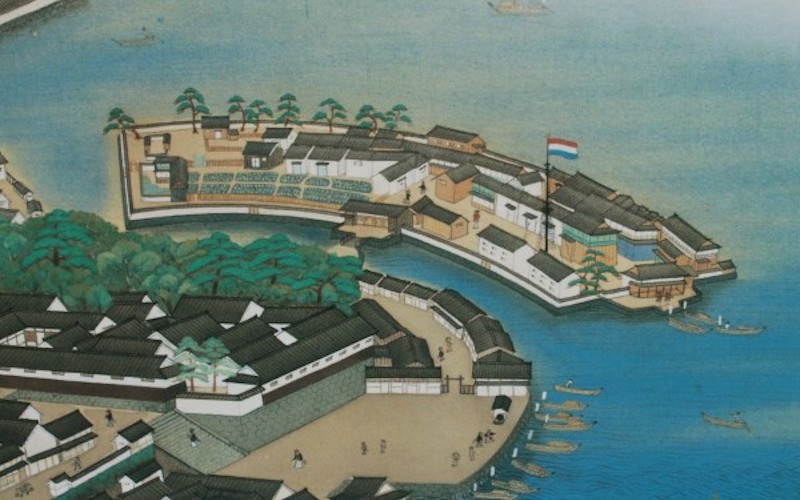 Trade with Japan took place between 1640 and 1859 from Dejima. This was an artificial, fan-shaped island of less than one and a half hectares in the port of Nagasaki. From 1641 to 1859 this island was a Dutch trading post and the only contact between the western world and the largely closed Japan.

The Dutch lived on Dejima under strict restrictions. The island was only accessible via one bridge. Only a limited number (10 to 15, at most 20) of Dutch people were allowed to stay on the island. Except for an annual visit to the shogun in Edo, they were not allowed to leave their island.